Thank you very much! And I am indeed crazy haha

Yup, this is entirely from scratch. Since the calculator has no GPU it's all software rendered. The source code is on my github, but it's in kind of an awkward state since I'm doing lots of refactoring.
#2 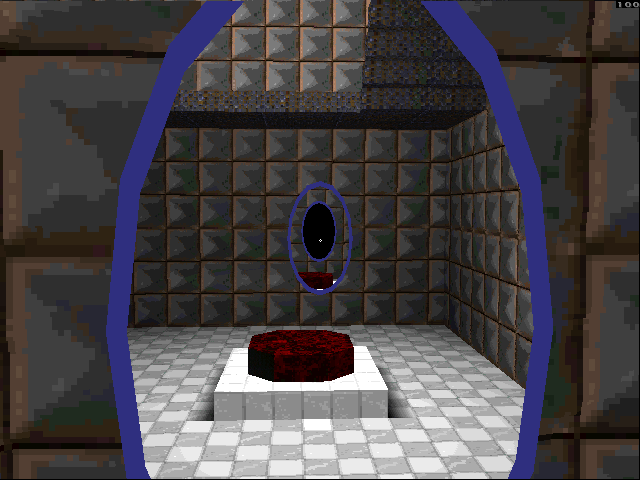 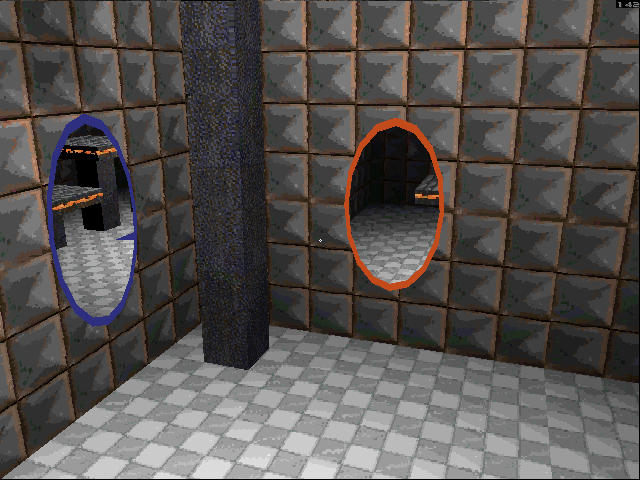 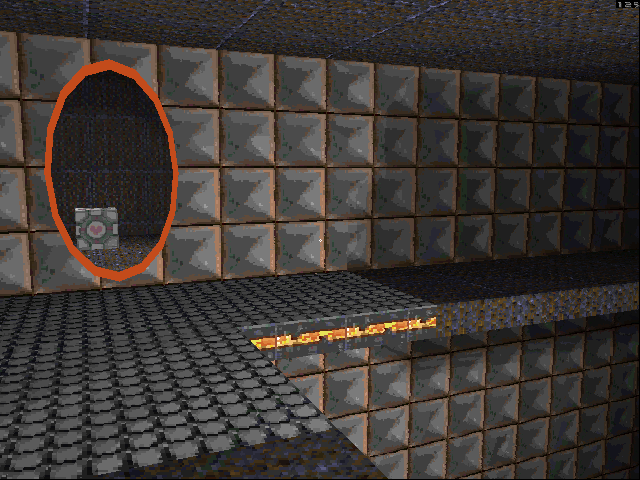 So I'm looking at releasing a playable demo in September. I'll make a post shortly with what my development goals are by then! I've been making a lot of structural changes to the engine since it's now written in C++ rather than C. This left 35k lines of code to be refactored... so I'm trying to balance adding new features with cleaning up what's there.
#3

Other / Re: I Graduated!

May 12, 2018, 03:34:29 PM
Well, I finally complete my masters today! I'm looking forward to getting back into the community and having time to work on projects again!

Here's a demo of a small Portal-like chamber with all of the aforementioned feature (aside from the paint):
[spoiler=Test Chamber]

I did my best to make it somewhat look like a Portal chamber. I'm very excited because the engine is finally getting to a point where you can start doing real things with it. If anyone is interested in giving the demo a try the source is on github!

Thank you! :3 I'm just getting started!

Unfortunately not, I switched the engine to be compatible with Quake levels and there's no way the 68k calcs could render one of the levels, even in wireframe. I probably should change the project description to reflect this xD
#7

November 22, 2017, 05:23:22 AM
Hey guys! As always I know it's been forever, but I've been constantly working on X3D since I last posted and the engine has come a long way! Here are a few of the things I've worked on since my last post:

Here's an animated screenshot (be warned, the file size is quite large):
[spoiler=X3D Custom Map/Physics]

On my calculator, which to be fair is overclocked, this level gets 15-22 fps when standing out in the open, which is where the most polygons are. The engine is really coming along. I've grown so much as a programmer while working on this project - hard to believe it's been almost 3 years now since I started (I began in Februrary 2015).

If anyone is interested, I'll put a demo exe up here along with the test map :3
#8

To get it working on the calculator, download the zip here, extract it, and send all of the files to your calculator. Depending on your version of Ndless, either run xtest.tns (newer versions) or xtest.prg.tns (older versions). When you start xtest, it will say "no level loaded". To fix this:

Please let me know how testing goes and thanks for giving it a try! Also, @Legimet  thanks, I'll fix this when I get the chance!

July 17, 2017, 06:38:22 PM
I got perspective-corrective texture mapping working! It currently runs at 5 fps on the calc, but I have several optimizations planned:

Of course, I'll probably write an assembly version of the span renderer eventually. Here's what the results look like so far:

Thank you very much! I think your 3D stuff is really awesome too! :3

So for X3D I'm using Quake's color palette, which looks like this:
[spoiler=Quake Color Palette] 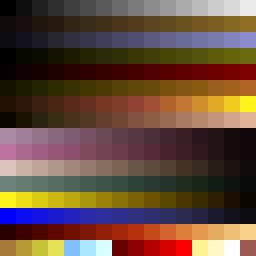 This is used to build a 256x64 (I'll probably make it smaller for cache reasons) table that for a given palette color and light intensity, it will tell you the palette color that it maps to. The table when visualized looks like this:

Looking up into a large table like that is expensive, especially for every texel, which is why textures and lightmaps are combined and cached into what are called surfaces. Michael Abrash, one of the devs for Quake described it really well in his book, Graphics Programming Black Book (http://www.drdobbs.com/parallel/graphics-programming-black-book/184404919) Check out chapter 68, "Quake's Lighting Model". Also, checkout chapter 66 and chapter 67 to see how Quake drew the world geometry without any overdraw. I've modified their algorithm to be very cache friendly (still a WIP though).
#12

Do you know how I can get the base address of the LCD?
#14

At least half of those are on the way! Guess which ones?

Quote from: Vogtinator on July 11, 2017, 06:17:22 PM
Out of curiosity, did you try it on hardware as well? I noticed that there are some unexpected bottlenecks there, especially memory speed (simple blit is already much slower).

I did indeed try it on the actual hardware using different screen update methods. Though first, I noticed in the nSDL repo that nsp_palette is a global variable:

I also noticed that the code to convert the screen to 16 bit color looks like this:

I did some testing of different methods for displaying an 8-bit buffer to the screen. The first two assume the calculator is in 16-bit color mode, the last one assumes 8-bit color. To do so, I disabled all rendering in my engine (except for showing the frame rate). Here's version 1, which is similar to the code in nSDL:
Code Select Expand
unsigned int sdlColors[256];    // Color palette

Using this method, I got 27 FPS (without rendering anything, just updating the screen). However, by changing the code to pack two 16-bit pixels into an int, I got 41 fps:


Even better, if I set the calculator to be in 8-bit mode and just use a direct memcpy, I get 66 FPS:

The only problem using this method is that I can't change the palette colors and it probably wouldn't work for 240*320 screen.  Speaking of which, I may need to setup X3D to render sideways for those calcs XD Internally, I store all of my textures as 8-bit pixels because 1. that's what Quake did and 2. I can fit twice as many pixels into cache (which is a pathetic 4KB). As for current rendering speed, the average scene renders at ~15 FPS using method 2, and 25 FPS using method 3. Of course, I haven't put that much effort into optimizing it yet.

Quote from: Vogtinator on July 11, 2017, 06:17:22 PM
I could add a new
Code Select Expand
bool lcd_set_prop(enum type, union value) syscall for some more flexibility though and extend the definition of  SCR_320x240_8 to mean 8 bit with palette. This would of course require a yet unreleased version of ndless_resources.
What do you think?

Here's what the level looks like in Quake for comparison: 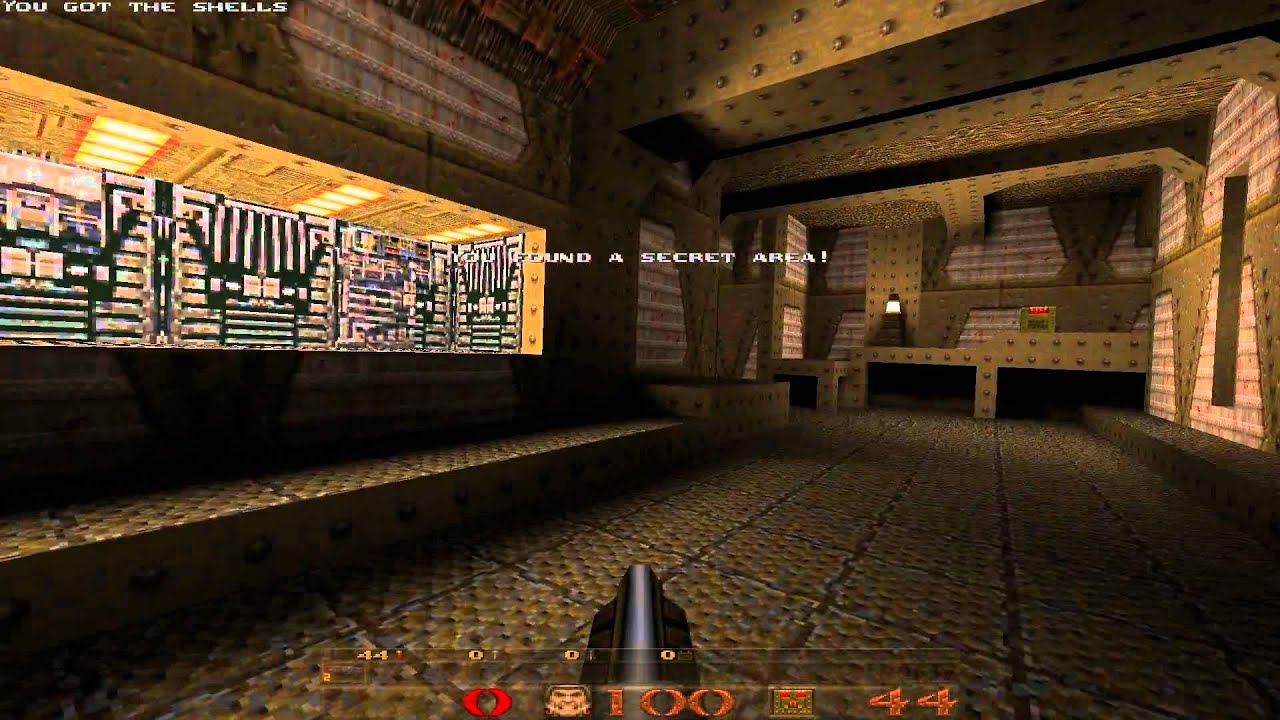 Also, I have a question that I hope someone may know the answer to. Ndless provides lcd_init(), which I use to put the calculator in 8-bit palette mode. If I do this, I get nearly double the framerate compared to using nSDL's palette mode (looking at the source, I saw that it just uses a color table to convert to 16-bit color). However, Ndless doesn't seem to provided any way to change the calculator's palette colors. Anyone know if this is possible? I need to change the color palette to reflect Quake's palette.
Pages1 2 3 ... 10
Powered by EzPortal