Other / Re: Mass-highlighting vs @ everyone

Anyways, I don't mind @here since it only notifies you when you are logged in/have the program running. It's useful when you're trying to get people on a small server to play video games or what have you.

@everyone has two uses:

First up, for the Casio Prizm, we'll be discussing Prizoop, a Gameboy/Gameboy color emulator. Developed by community newcomer tswilliamson, it claims to run approximately 95% of Gameboy games at 60 frames per second, with "safe" software overclocking enabled. Sound support, ROM compression, and auto frameskip are new additions in the latest update. The project is open source and the code is available on GitHub for anyone who wants to contribute or just view the code. Planned features include savestates, as well as performance and file footprint improvements.

Second, the long awaited CE port of the ever popular TI-83+ series gameboy emulator, TI-Boy, has been announced, although no downloads or source code are available at this time. TI-Boy CE, by long time community member calc84maniac, appears to be coming along nicely, with a 60 fps video showing off a working version of the program. Planned features include automatic colorization of supported Gameboy games, real time clock emulation, and a configuation saving feature.

As always on CodeWalrus, we do not recommend nor condone the usage of pirated ROMs. That said, if anyone has any Gameboy or Gameboy Color homebrew that they have written or would like to share, feel free to link it below, so long as the site hosting the homebrew does not host any sort of pirated material.

If you wrote some homebrew for the Gameboy or Gameboy Color, feel free to message me a screenshot or gif of it running on one of the featured emulators, or any emulator running on a calculator. You might be featured on a follow up article!

Thanks for reading! See you in the next article!

May 01, 2017, 04:25:59 PM
WAIS is only available in real life due to the fact that some of the tests require physical manipulation of objects, as well as the use of precision timing from the tester.
5

Gaming / Re: Starcraft: Brood War is now FREE to play!

Only on the presidency.

Interesting video with an explanation of what classical liberalism is:

I lost my install disc for Brood War, so I've been sitting here playing SCII/WoL. Now that this has been announced, it means I won't have to worry about my the missing installation media.
9

March 25, 2017, 05:01:00 PM
I'm too lazy to take this test, but I took a WAIS-IV test recently as part of a psychological battery. I actually have two scores I can use. FSIQ is 130 but GAI is 136. Since there's a disparity between my GAI and the WMI/PSI scores, it brings down the FSIQ and it's more acceptable for me to use my GAI instead of my FSIQ.

Gaming / Re: Looking for a new fantasy MMO RPG to play

Guild Wars 2 always good, and there's a free version now. If you want to upgrade, it's a one time payment instead of a monthly fee, so that's a plus.

And finally, EVE went free to play recently. While I haven't played much, I know a lot of people who have a lot of fun with it. Just make sure you follow the subreddit and find a good corp to join once you're done with the tutorials. I can link you to an anime-related EVE discord server (warning: I'm not active/I only lurk on it, so no one would really know me (also I don't go by pimath on discord)) if you think you'd be interested. There are several corps that have a userbase there.

My personal reccomendation goes to FFXIV if you want a great story/predominately single player experience, GW2 if you don't want to spend money and don't want to talk with strangers about space battles, and EVE if you want to have it consume your life (assuming you like it).
11

I'm libertarian af and like my capitalism. What can I say?

EDIT: For the record I'm nowhere near as ancap as some members of the community. I actually don't even identify as ancap

If it were fake news, you'd have to be authoritarian to shut me down 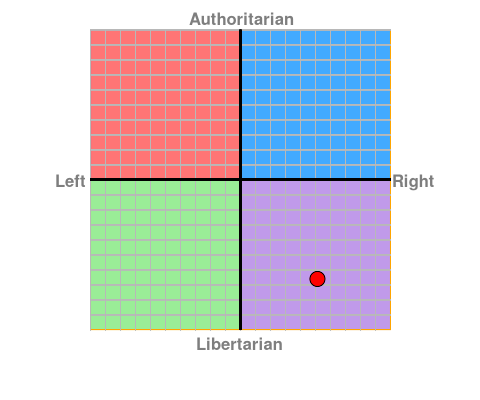 Quote from: gameblabla on March 22, 2017, 08:54:59 AM
Codewalr.us should make the test compulsory and anyone who's a tiny part of the right should be BANNED !

EDIT: Some charts from the 2016 US election: 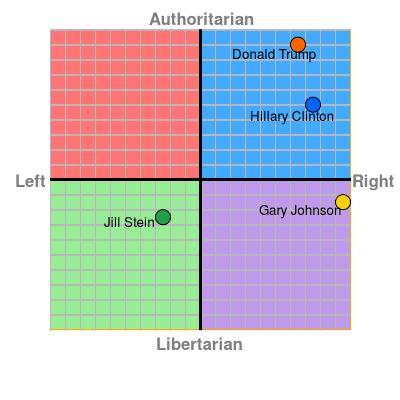 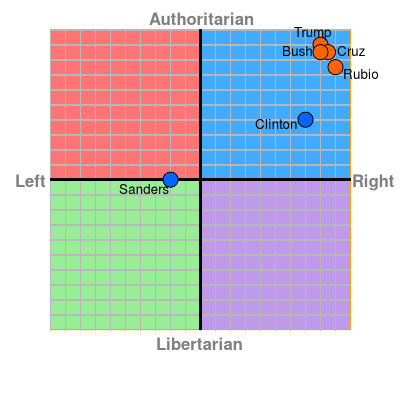 March 20, 2017, 07:11:16 PM
@_iPhoenix_ I am a percussionist, too. I also play Euphonium and keyboards on the side. I have arranged a few things for mallets before, but I guess my original percussion ensemble stuff is more representative of what I've done with the instruments.

I also was in the front ensemble for my high school marching band (here's my school's show from junior year (I played marimba)):