October 03, 2021, 04:53:49 PM
Version 1.1.0 had a lot of optimizations being done, so the game has become a bit smaller than the first release despite now having a MirageOS and DCS7 header and icon. The village was made smaller too, as it kinda made no sense to have it be as big as all dungeons.

September 27, 2021, 05:57:58 PM
Here is an EP featuring multiple versions of my 2017 song Clouded Future, which was used during Superstar Hero game introduction. The UK hardcore remix was released in 2020, while the house, eurodance and extended electronic power metal remixes were released in September 2021. 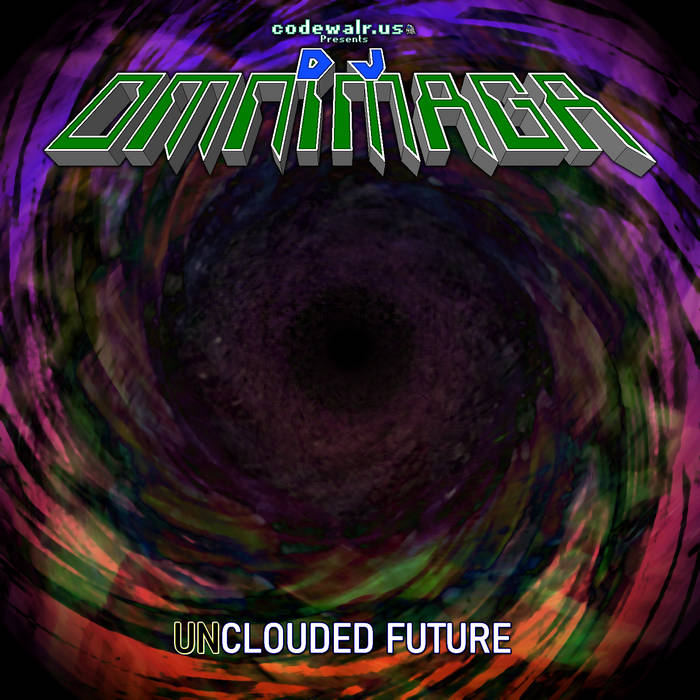 It will be released on Spotify, Amazon, Apple Music, Deezer and some other music stores in the next few weeks.
3

September 15, 2021, 11:54:13 PM
20 years minus 7 days ago, I released my first ever TI-83 Plus RPG, Illusiat. Today, after over 16 years without releasing an original RPG for calculators, I am finally releasing a new one: Darkblasters! 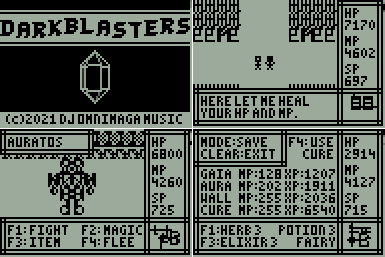 September 14, 2021, 03:32:58 PM
Time to move this sub-forum from the completed to the currently active status and location. Glad this is getting new updates.

Do you know if many people use it in the TI community, including internationally?
5

Note that the stats are placeholders and I still need to fix the damn wall magic spell. It kept stopping working entirely for no reason over and over again so I gave up and altered it, but the battle system I am using makes it near impossible to keep it under control and from glitching out.
6

That project looked promising back then. I was sad when it died, but I was happy when I saw a Kickstarter reviving it. I wonder if it will pay hommage to Joltima? I remember the original ticalc.org article from 1999 called it Joltima 2 or something.
7

September 11, 2021, 03:58:13 PM
UPDATE!
-There are now two actual monsters
-You start with 500 HP instead of 300
-All battle commands and enemy moves are implemented, except one boss attack pattern.
-You can now activate switches to open new paths
-NPC's are implemented, including those who give items.
-You can grab items from the ground.
-Some random optimizations to save space or increase speed, because the game is over 11 KB now.

September 07, 2021, 02:06:07 AM
So I wanted to have something Illusiat-related, since Illusiat 20th anniversary is on the horizon, but the Illusiat 1+2 remake or Illusiat 13 revival finally never happened. That said, I still got something somewhat similar, RPG-related: Darkblasters!

Back in late 2012, when the TI-84 Plus C Silver Edition color screen z80 calculator got announced, I wanted to experiment with layered text sprites. Games like Serenity and Metroid Pi used this technique, although the latter did not use the shifted method. In the process, I wanted to attempt making an RPG like Illusiat 6/Nemesiat, but with larger maps while being (hopefully) smaller.

I eventually got the color calculator model before pushing this RPG engine further, so only the walking engine was done and in 2014 it was posted in Omnimaga downloads section. I have recently uploaded it to TI-Planet, Cemetech and Ticalc.org as well. (As it turn out, layered text sprites would not work on the CSE, making a direct port of this engine impossible. )

Almost 9 years later, it's being revived as Darkblasters! It features four dungeons, a town and a forest, all with over 390 rooms to explore, some magic spells and items, but no shop and in-game currency. There will be no experience points, so your max HP/MP will go up every battle, along with your skill points. Magic will get stronger the more you use it. You'll also not be able to enter buildings in the town, but you will be able to talk to NPC's.

My goals:
-Keep the game and its RAM usage as small as possible
-Hopefully keep it in one file, unlike my entire RPG calculatography.
-Make sure that the speed remains fast enough for 15 MHz calcs. 83+ will be playable, but not the most optimal experience.
-Keep compatibility with the TI-82 Advanced and TI-84 Plus-T models. (This is why the game remains in pure TI-BASIC)

So far, what is implemented are the 390 rooms, connection between each area, magic animations (although they're currently separate from the game), the intro text (same) and everything shown in the screenies above. The file size is 5753 bytes right now.

EDIT: Changed one of the screenshots to a newer one and added a 5th one. Old screenies will remain as links above.
10

September 01, 2021, 06:03:52 PM
For those who haven't followed NumWorks development in recent times, due to NumWorks locking down their calculator with the newest firmware update, preventing the use of third-party firmwares like Omega and Delta, the team behind its development has stopped working on the project. However, their Discord server is remaining open for the community. More info on their Discord server and TI-Planet:

Like the other featured projects sub-fora here, this one will remain publicly available until the next planet-killer asteroid hits Earth.
11

Gaming / Re: engrish in old games

August 11, 2021, 07:25:08 PM
I know I posted this elsewhere including CW's Discord before, but this thread cannot be complete without this screenshot: 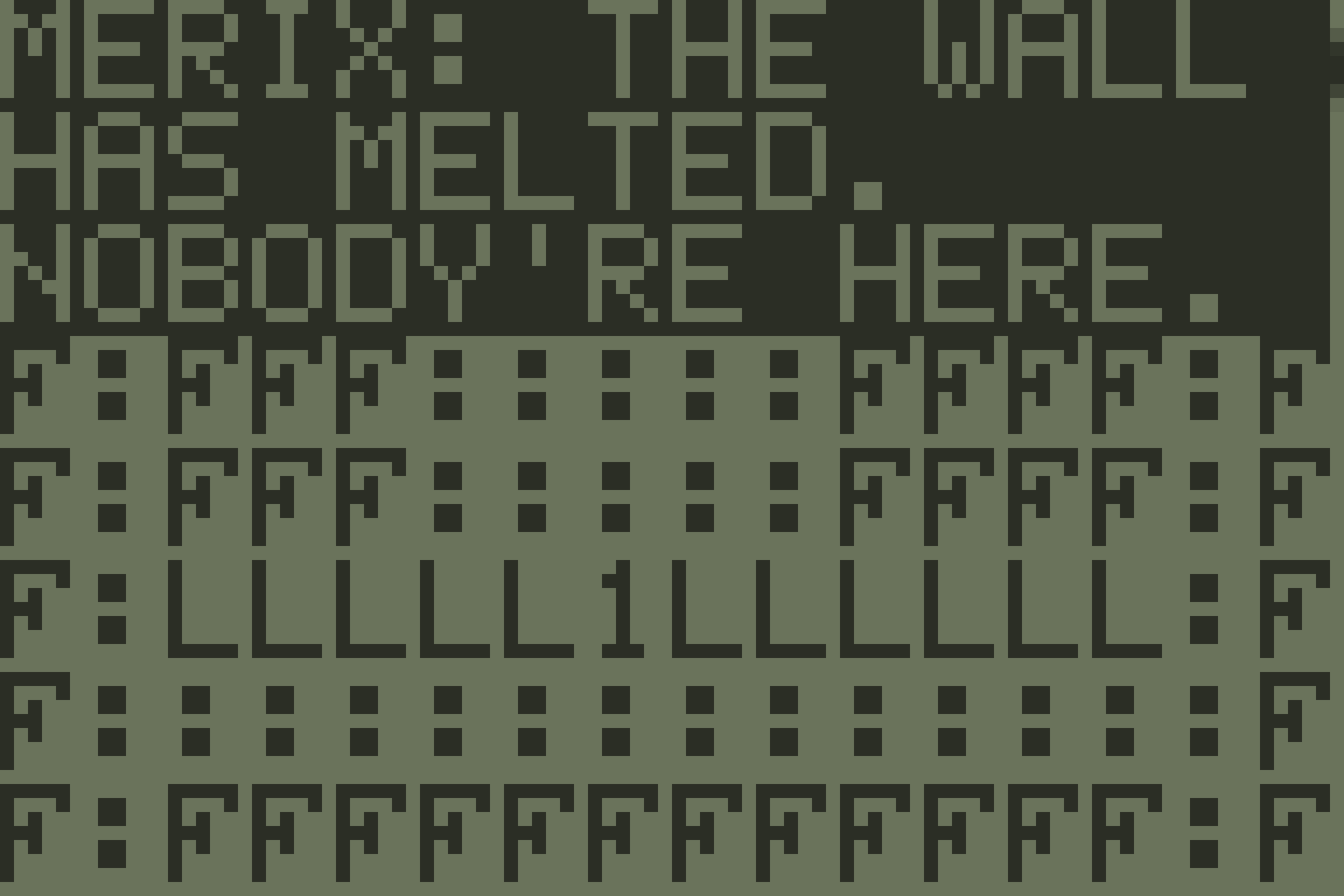 They're always very good and quite elaborate for calculators, so this will go on my CE soon.

Tech, Science, IT discussion & News / Re: What headphones/earphones do you own?

July 19, 2021, 09:24:26 PM
I moved out of Yuki's home 2.5 years ago and I have been using the same dollar store headphones ever since. I even have a spare set for when I go outside which will obviously not last as long but I didn't have any issues with them. They even have better sound and last 2 years longer than most headphones that costs $50 or less. They're a bit less resistant when you go outside and mess around with the cord a lot, though, . xd

Don't buy them on Amazon tho, lol. It's a rip-off. They're like $4 at Dollarama and some schools even use them now. I got the white and red ones.

July 09, 2021, 03:46:51 PM
By the way, for some reasons, the CE C libraries version 7.6 (Oct 6 2017) or higher breaks compatibility with this game and I have no clue what the problem is, since I haven't programmed in ICE language for half a decade and I only noticed the problem last year. The title screen text colors is broken and the possum will always go satanic mad mode.

But if you absolutely want to play the game on a CE and happen to have a spare calculator on which you have no other C games/shell dependent on the libs, then you'll need to downgrade to v7.5 (July 5 2017) https://github.com/CE-Programming/libraries/tree/v7.5 . It's always recommended to have the latest C libs version otherwise.
Pages1 2 3 ... 1180
Powered by EzPortal